Vicente Rubio Juan on 2 May 2021
⋮
Edited: Vicente Rubio Juan on 7 Jun 2021
I have been trying to model a TVC (Thrust Vectoring Control) system for a rocket (here is the link to the model: https://drive.google.com/drive/folders/1X3DG-Q__4w9lHSB3q2t2yg57n5Tu-Lx2?usp=sharing), and doing so i have found two main issues that may contradict the laws of phisics:
Thanks in advanced

Steve Miller on 4 Jun 2021
⋮
Hi Vicente,
I downloaded your model and ran it. I didn't quite follow your explanation, but there are some improvements you can make to the model.
These two issues are tied together - you have motion actuation on the Cartesian Joint which has no inertia associated with it.
I think you are trying to place a camera that will follow the rocket using the Cartesian Joint.
As for the other points you raised, I see the rocket spinning as you expected it to, and not oscillating. If you can add some plots and an animation to explain what is different than what you expected, we can help further.
--Steve

⋮
Hello Steve,
First of all, I would like to thank you for the answer, it is much appreciated.
Regarding the first topic you explained, I have deleted the Cartesian Joint since, as you pointed, it is only used for a camera, but doing so my problem still persists. However, I have solved the issue by changing to the aerospace blockset instead of using the multibody tool.
Nevertheless, I will explain the issues I found in case anyone finds them somewhat usefull:
Whenever I apply a gimbal angle like in Fig 1, (which is at 20 degrees in the image), and impose an angle of 0 degrees on the two revolute joints (Fig 2), the rocket oscillates correctly, but the gimbal from the 3D model stays parallel to the main body of the rocket (Fig 3)

Fig 3
This behavior seems correct to me since the angular velocity increases until the motor shut down, therefore maintaining a constant spin rate Fig 4. (It has a small oscillation due to the effect of the weight) 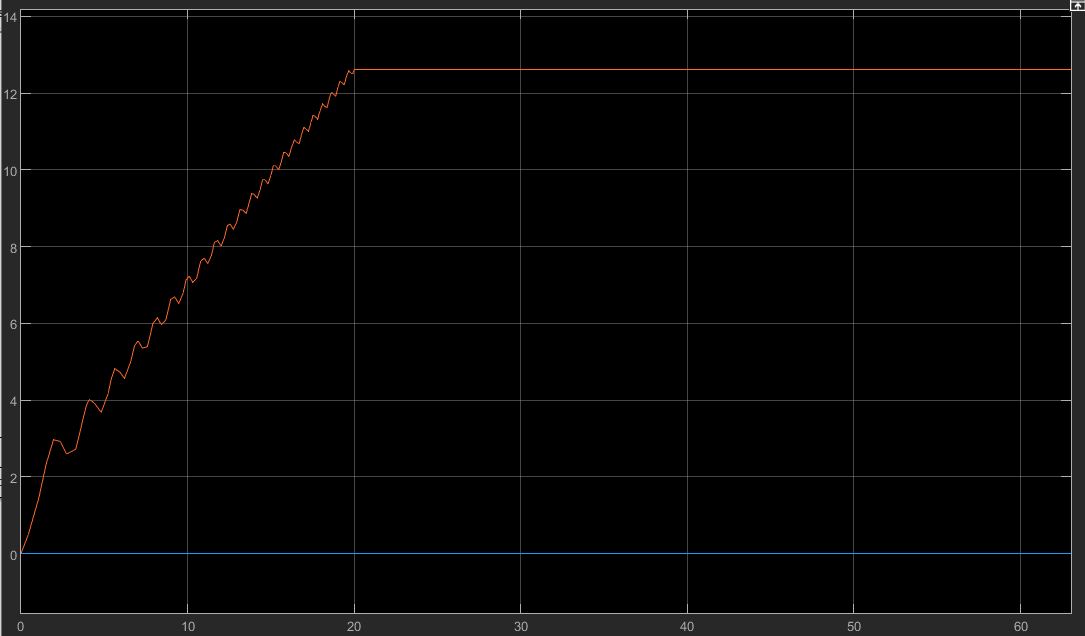 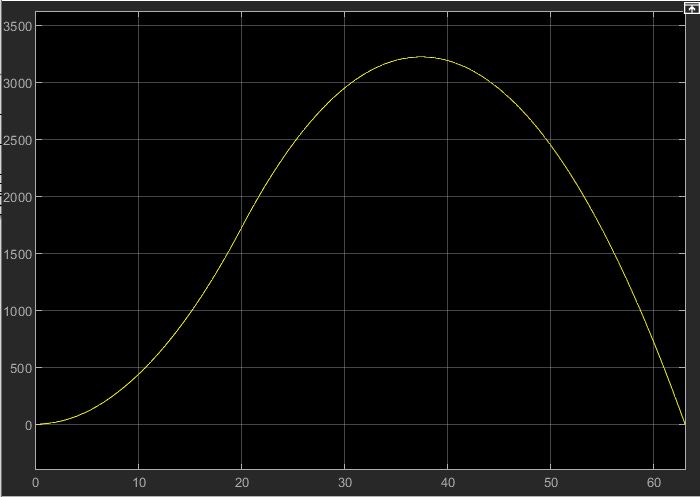 Fig 5
As can be observed, the curve is really smooth, as if the tilt of the rocket did not have any effect on the climbing velocity. The same happens with the other axis
The other issue is that, if instead of applying the 20 degrees on the Gimbal Angle from Fig 1 I use the following configuration Fig 6 and Fig 7 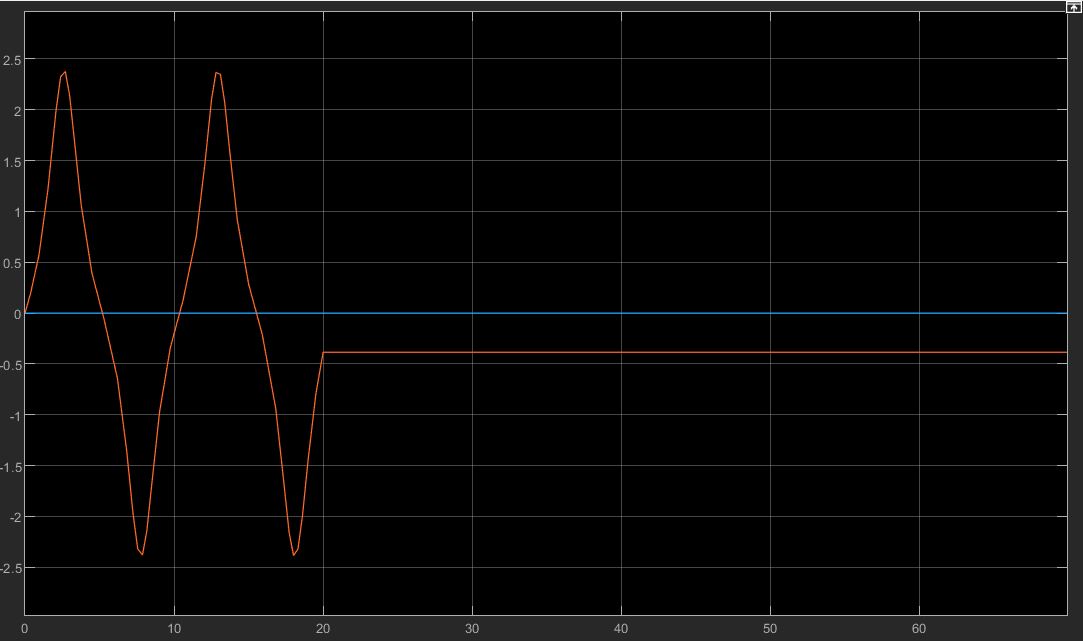 Fig 8
As can be seen, the rocket's angular velocity oscillates.
I hope my explanation is understandable enough, if not I will be glad to try and give a better explanation.
Sincerely Vicente