Plot the Poisson CDF with the Standard Normal Distribution CDF

Meng Fei Wong on 7 Jan 2022
⋮
Edited: Torsten on 8 Jan 2022
Hello all, I have a question on plotting the Poisson cdf together with the standard normal distribution cdf. Below is the task description:
Let X be a random variable with

be the normalized version of X.
The following figure shows the cdf

and the cdf Φ of the standard normal distribution. 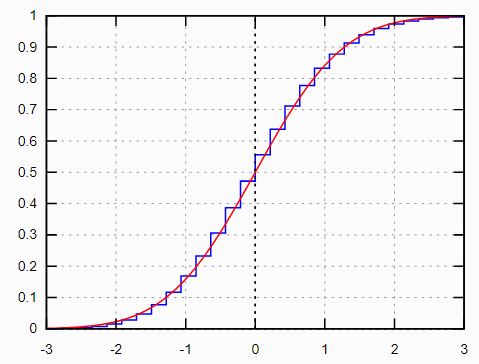 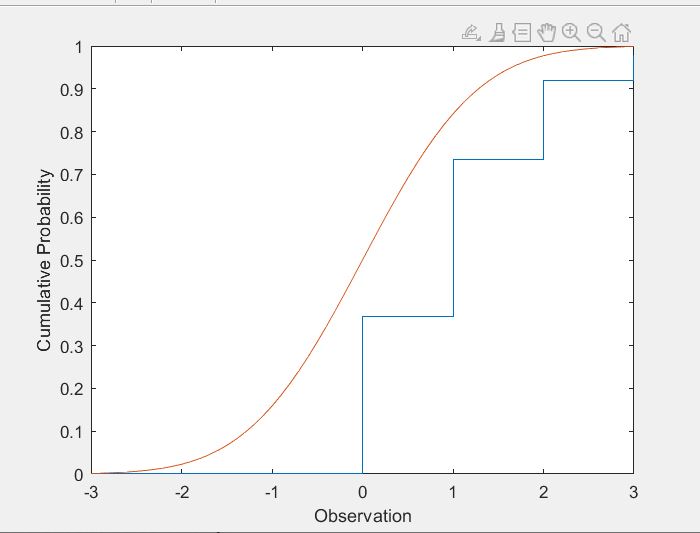 ⋮
Not the answer. A Poisson distribution will not have mass for negative values. So while making the increment for x3 does make sense to be consistent, it changes nothing. 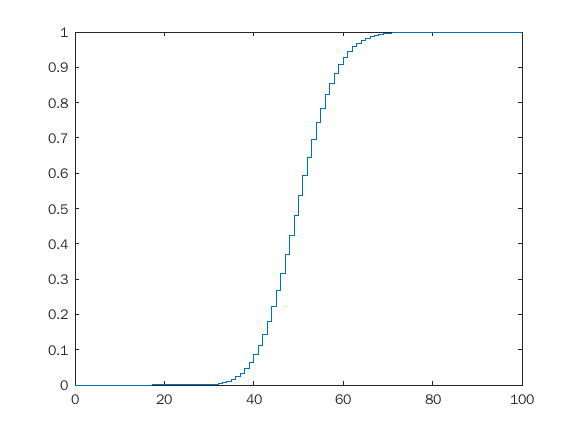 So a Poisson CDF that does look quite normal. A quick glance at Wikipedia...
https://en.wikipedia.org/wiki/Poisson_distribution
tells me that for a Poisson distribution with parameter lamnda, the mean will be lambda, as well as the variance. So we can simply do this:
lambda = 30;
fplot(@(x) poisscdf(x,lambda),[0,2*lambda])
hold on
fplot(@(x) normcdf(x,lambda,sqrt(lambda)))
grid on
hold off 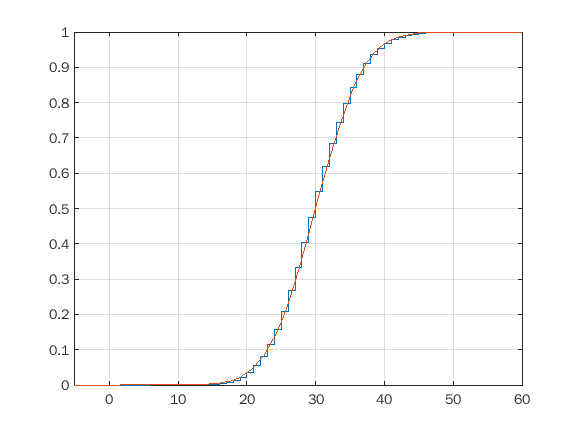 s you should see, the two curves nearly overlay on top of each other.
In your figure, the Poisson was apparently transformed, via a transformation to look like a normal.
lambda = 30;
fplot(@(x) poisscdf(lambda + x*sqrt(lambda),lambda),[-3,3])
hold on
fplot(@(x) normcdf(x),[-3,3])
grid on
hold off 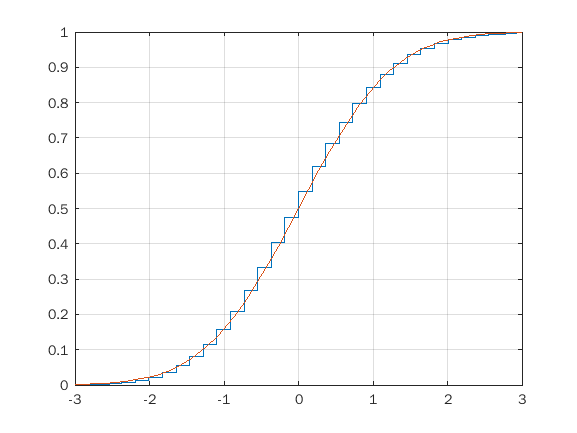 However, that is NOT a Poisson distibution because it is shown to have mass for negative x. It is derived from one.

Torsten on 8 Jan 2022
⋮
Edited: Torsten on 8 Jan 2022
I suspect the graphics shows that the arithmetic mean of normalized independent Poisson random variables converges in distribution to the standard normal distribution.
You can see it from the following plot:
function main
lambda = 3;
m = 2000; % number of RVs
n = 3000; % number of samples
a = poissrnd(lambda,m,n);
for i=1:n
b(i) = (sum(a(:,i))/m-lambda)/sqrt(lambda/m); % normalized arithmetic mean of Poisson RVs
end
cdfplot(b); % plot empirical cdf of b
hold on
x = linspace(min(b),max(b));
plot(x,normcfd(x,0,1)) % compare with standard normal distribution
end