⋮
Can you upload your data in a MAT file (using the paper clip icon)? If not, can you at least report the values of
size(A)
size(lon)
size(lat) 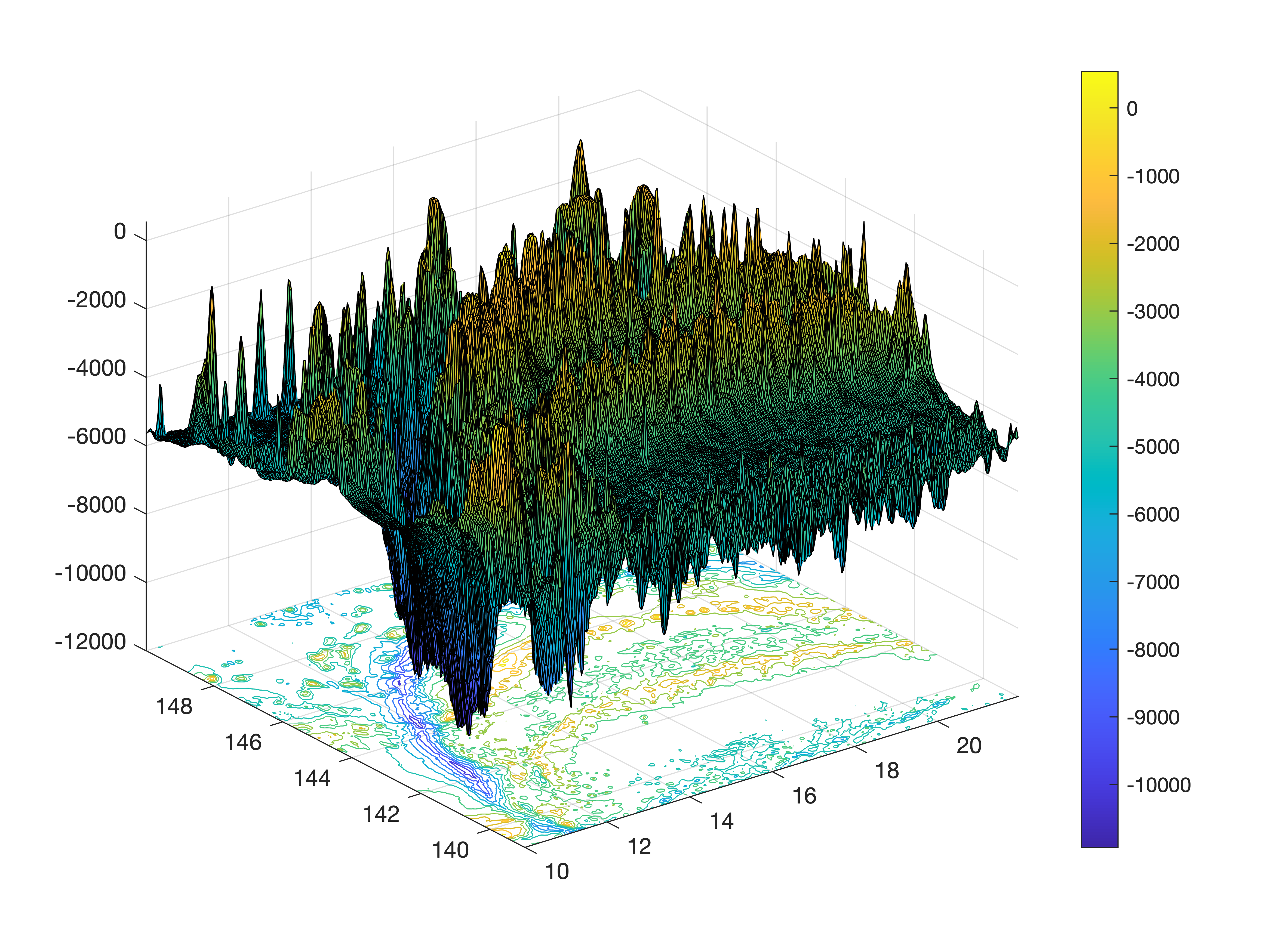 Or you could plot in sections.

⋮
I always recommend using 'edgecolor', 'none' when drawing surface plots. If you use shading then it automatically turns off the edge color. 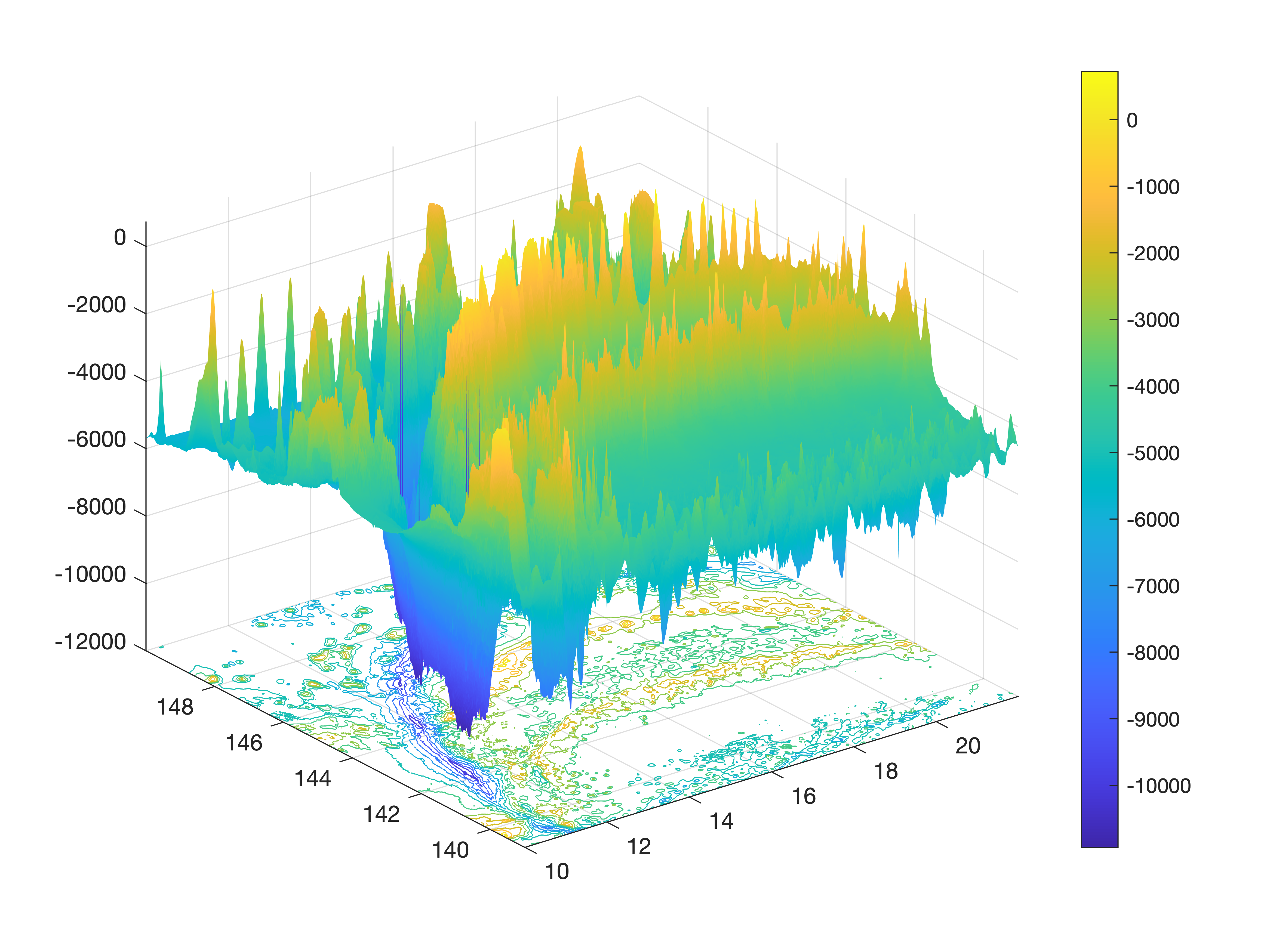 Depending on your purpose here, you might want to use the contour plot as well, which makes some of the structure clearer: 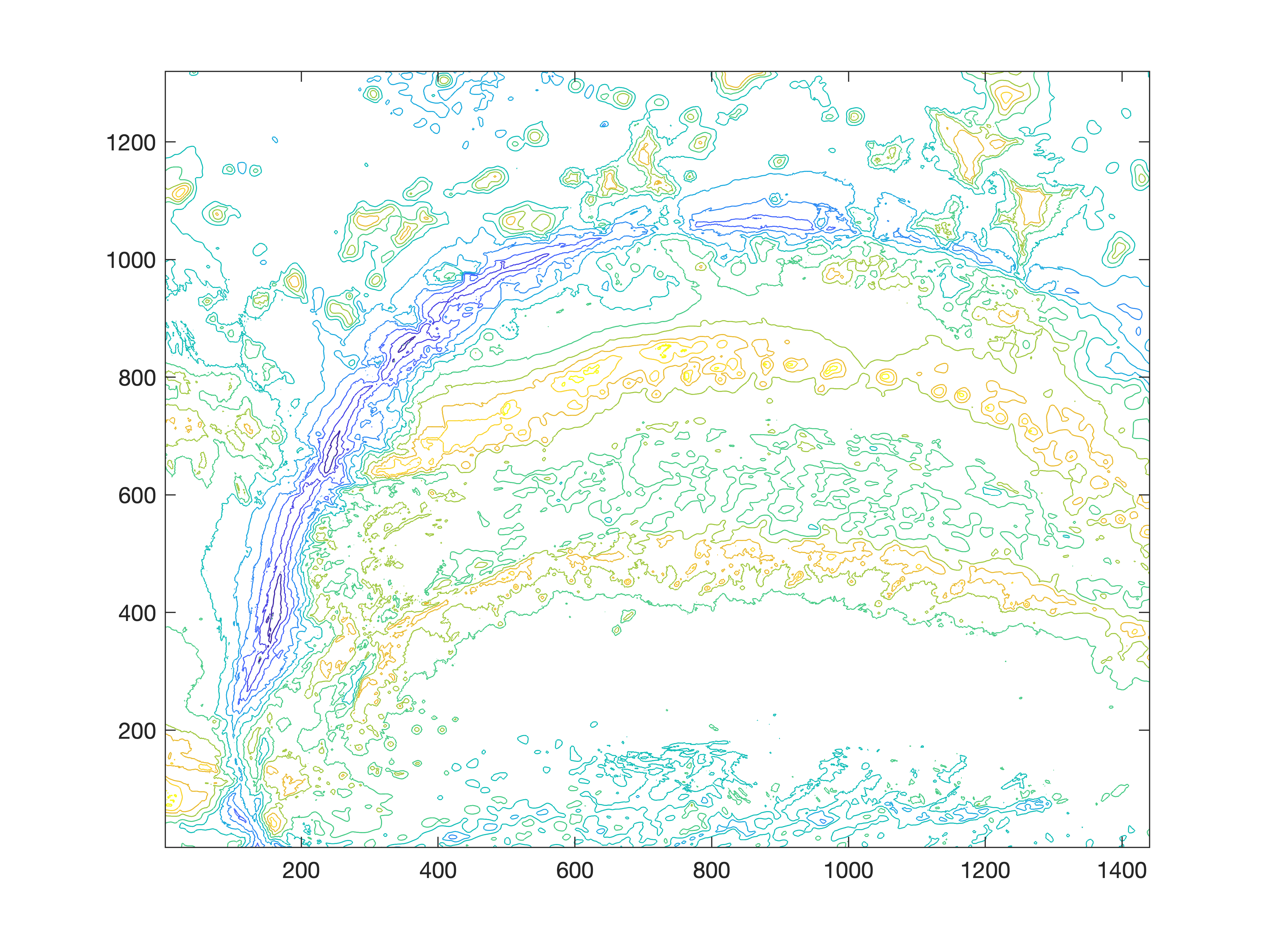 the cyclist on 4 Apr 2020
⋮
Edited: the cyclist on 4 Apr 2020
I can guess at a couple problems here, and I'm also going to guess that you didn't really study the documentation for surfc, to understand the inputs.
First, I expect you want A to be the third input, since it is the depth (corresponding to the Z input in the documentation).
Second, I'm guessing that your variables are just three vectors. As can be seen in the examples in the documentation, you need to form the inputs into a grid. The meshgrid command is handy for that.
I'll leave it at that, and wait on your reply (and perhaps the data).

⋮
I put the data into a zip file

Walter Roberson on 4 Apr 2020
⋮
In some cases, the data forms an implicit grid.
For example if your longitude repeated every 5 values and your latitude had 5 copies of every value in a row, then that would be data for a implicit grid that was 5 by something.
In such cases, when you identify the repeat period, you can reshape() the lat, lon, and A values according to the repeat period, in order to get a 2D array. In some cases you might need to reshape() with the period in the other position than you expect and transpose the result. For example,
reshape(lon, 5, [])
versus
reshape(lon, [], 5).'
However, in other cases, there is no implicit grid. There might be an approximation of a grid, such as you might get if you did not bother to put in any entries for locations that were on land, but using reshape() only works if there is a full implicit grid. In such cases, use scatteredInterpolant() and invoke it on a grid of locations to sample at:
F = scatteredInterpolant(lon, lat, A);
N = 100;
lonv = linspace(min(lon), max(lon), N);
latv = linspace(min(lat), max(lat), N);
[lonG, latG] = ndgrid(lonv, latv);
Ainterp = F(lonG, latG);
surf(lonG, latG, Ainterp)