How can I change the color of a map given shapefile and values?

Emanuele Massaro on 22 Jul 2015
⋮
Answered: Nitin Khola on 24 Jul 2015
Hello, I would like to generate a map from shapefiles given where for each provinces I have a specific value. Let say I have 52 provinces, so I have an array of 52 different values. What I am doing now is to generate a loop:
for i = 1:52
col_=cols(I(s),:);
mapshow(obj.shapes(s),'FaceColor',col_);
end
How can I generate "I" and have a colorbar that indicates the real values? Now I am able to generate something like this but it is not what I want. 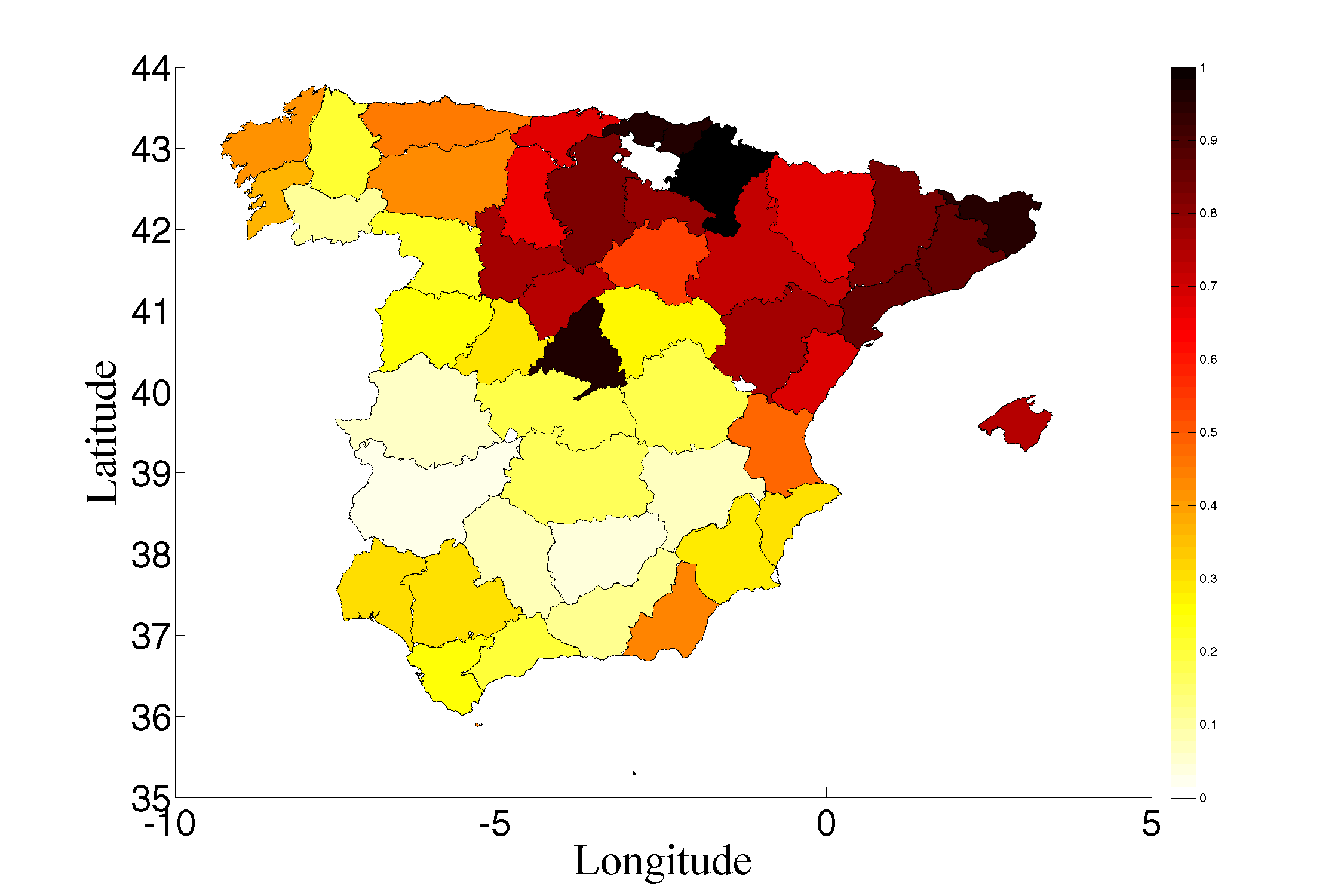 Nitin Khola on 24 Jul 2015
⋮
As per my understanding, you wish to change the 'FaceColor' of polygons depicting provinces, as per some particular data values, which can be displayed using "mapshow" or "geoshow". Further, I understand that you are importing a shapefile containing the necessary information.
One of the possible methods to do this is by making a rule for the 'Polygon' geometry using " makesymbolspec " function.
A step by step procedure to do it is described in the following example:
Create Choropleth Map of Population Density
The sections most relevant to you are:
Create an autumn colormap for the six New England states, and then use the flipud command to invert the matrix.
fall = flipud(autumn(numel(NEstates)));
Make a symbol specification structure, a symbolspec , that assigns an autumn color to each polygon according to the population density.
densityColors = makesymbolspec('Polygon', {'PopDens2000', ...
[0 maxdensity], 'FaceColor', fall});
This example creates an "autumn" colormap to display population density data. However, as stated in the example, you can experiment with other colormaps as well. You can also create a custom colormap.
For more information on using colorbars and colormaps in regard to representing geographic variables on maps, refer to the following documentation:
Using Colormaps and Colorbars