The Diagnostic Feature Designer app allows you to accomplish the feature design portion of the predictive maintenance workflow using a multifunction graphical interface. You design and compare features interactively. Then, determine which features are best at discriminating between data from different groups, such as data from nominal systems and from faulty systems. If you have run-to-failure data, you can also evaluate which features are best for determining remaining useful life (RUL). The most effective features ultimately become your condition indicators for fault diagnosis and prognostics.

The following figure illustrates the relationship between the predictive maintenance workflow and the Diagnostic Feature Designer functions.

The app operates on ensemble data. Ensemble data contains data measurements from multiple members such as multiple similar machines, or a single machine whose data is segmented by time interval such as days or years. The data can also include condition variables, which describe the fault condition or operating condition of the ensemble member. Often condition variables have defined values known as labels. For more information on data ensembles, see Data Ensembles for Condition Monitoring and Predictive Maintenance.

The in-app workflow starts at the point of data import with data that is already:

Within Diagnostic Feature Designer, the workflow includes the steps required to further process your data, extract features from your data, and rank those features by effectiveness. The workflow concludes with selecting the most effective features and exporting those features to the Classification Learner app for model training.

The following image illustrates the basic functionalities of Diagnostic Feature Designer. Interact with your data and your results by using controls in tabs such as the Feature Designer tab that is shown in the figure. View your imported and derived variables, features, and datasets in the Data Browser. Visualize your results in the plotting area.

The first step in using the app is to import your data. You can import data from tables, timetables, or matrices. You can also import an ensemble datastore that contains information that allows the app to interact with external data files. Your files can contain actual or simulated time-domain measurement data, spectral models, variable names, condition and operational variables, and features you generated previously. Diagnostic Feature Designer combines all your member data into a single ensemble dataset. In this dataset, each variable is a collective signal or model that contains all the individual member values.

To use the same data in multiple sessions, you can save your initial session. The session data includes both imported variables and any additional variables and features you have computed. You can then open that session at any time when using the app.

For information on preparing your data for the import process, see:

For information on the import process itself, see Import and Visualize Ensemble Data in Diagnostic Feature Designer .

To plot the signals or spectra that you import or that you generate with the processing tools, select from the plot gallery. The figure here illustrates a typical signal trace. Interactive plotting tools allow you to pan, zoom, display peak locations and distances between peaks, and show statistical variation within the ensemble. Grouping data by condition label in plots allows you to clearly see whether member data comes from, for example, nominal or faulty systems.

For information on plotting in the app, see Import and Visualize Ensemble Data in Diagnostic Feature Designer.

Data processing options for all signals include ensemble-level statistics, signal residues, filtering, and power and order spectrum. You can also interpolate your data to a uniform grid if your member samples do not occur at the same independent variable intervals.

If your data comes from rotating machinery, you can perform time-synchronous signal averaging (TSA) based on your tachometer outputs or your nominal rpm. From the TSA signal, you can generate additional signals such as TSA residual and difference signals. These TSA-derived signals isolate physical components within your system by retaining or discarding harmonics and sidebands, and they are the basis for many of the gear condition features.

Many of the processing options can be used independently. Some options can or must be performed as a sequence. In addition to rotating machinery and TSA signals previously discussed, another example is residue generation for any signal. You can:

For information on data processing options in the app, see Process Data and Explore Features in Diagnostic Feature Designer.

By default, the app processes your entire signal in one operation. You can also segment the signals and process the individual frames. Frame-based processing is particularly useful if the members in your ensemble exhibit nonstationary, time-varying, or periodic behavior. Frame-based processing also supports prognostic ranking, since it provides a time history of feature values.

When you import your member data into the app, the app creates a local ensemble, and writes new variables and features to that ensemble. When instead you import an ensemble datastore object, the app by default interacts with the external files listed in the object. If you do not want the app to write to your external files, you can choose to have the app create a local ensemble and write results there. After you have the results you want, you can export the ensemble to the MATLAB® workspace. From there, you can write the variables and features you want to retain back into your source files using command-line ensemble datastore functions. For more information on ensemble datastores, see Data Ensembles for Condition Monitoring and Predictive Maintenance.

From your original and derived signals and spectra, you can compute features and assess their effectiveness. You might already know which features are likely to work best, or you might want to experiment with all the applicable features. Available features range from general signal statistics to specialized gear condition metrics that can identify the precise location of faults, and nonlinear features that highlight chaotic behavior.

Any time you compute a set of features, the app adds them to the feature table and generates a histogram of the distribution of values across the members. The figure here illustrates histograms for two features. The histograms illustrate how well each feature differentiates data. For example, suppose that your condition variable is faultCode with states 0 for nominal-system data and 1 for faulty-system data, as in the figure. You can see in the histogram whether the nominal and faulty groupings result in distinct or intermixed histogram bins. You can view all the feature histograms at once or select which features the app includes in the histogram plot set.

For information on feature generation and histogram interpretation in the app, see:

Histograms allow you to perform an initial assessment of feature effectiveness. To perform a more rigorous relative assessment, you can rank your features using specialized statistical methods. The app provides two types of ranking — classification ranking and prognostic ranking.

The figure here illustrates classification ranking results. You can try multiple ranking methods and view the results from each method together. The ranking results allow you to eliminate ineffective features and to evaluate the ranking effects of parameter adjustments when computing derived variables or features.

For information on feature ranking, see:

Export Features to the Classification Learner

You can also export your features and datasets to the MATLAB workspace. Doing so allows you to visualize and process your original and derived ensemble data using command-line functions or other apps. At the command line, you can also save features and variables that you select into files, including files referenced in an ensemble datastore.

For information on export, see Rank and Export Features in Diagnostic Feature Designer 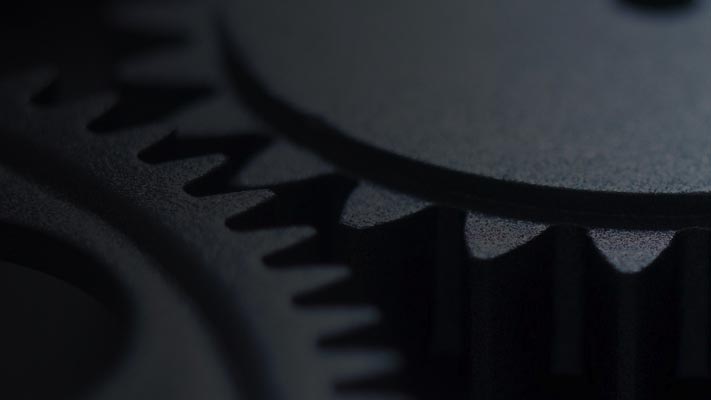 Introduction to Predictive Maintenance with MATLAB