YouTube Livestream: What is O-RAN & How to Implement It

In this session, we will talk about the open radio access network (O-RAN) technology.

We review its specifications and discuss the role of Radio Unit (RU) and Distributed Unit (DU) components in the overall architecture.

We also cover its modeling and simulation aspects and its workflow including how to generate, compress, transmit, decode and test and analyze O-RAN communications packets.

Dr. Houman Zarrinkoub is the principal product manager at MathWorks responsible for wireless communications products. During his 21-year tenure at MathWorks, he has also served as a development manager and has been responsible for multiple signal processing and communications software tools. Prior to MathWorks, he was a research scientist working on mobile and voice coding technologies in the Wireless Group at Nortel Networks. He has been awarded multiple patents on simulations of signal processing applications. Houman is the author of the book Understanding LTE with MATLAB: From Mathematical Modeling to Simulation and Prototyping. He holds a B.Sc. degree in electrical engineering from McGill University and M.Sc. and Ph.D. degrees in telecommunications from the University of Quebec, in Canada.

Uvaraj Natarajan is a Senior Application Engineer in MathWorks, focusing on the 5G/ LTE/ WLAN/ Wireless and Satellite communications. Prior to MathWorks he has worked with Cisco Systems where he worked on Self-Optimizing Networks (SON) for the 5G/ LTE market and developed expertise on end-to-end LTE networks working closely with mobile operators across globe. He has industry expertise on LTE ENB protocol stack development, LTE PHY development. He has also worked at Centre for Communication Systems Research, UK on cognitive radios, relay systems, LTE-A, CoMP systems. Uvaraj holds a master's degree in Mobile and Satellite Communications from University of Surrey, UK and BE in Electronics and Communications from Anna University, India. 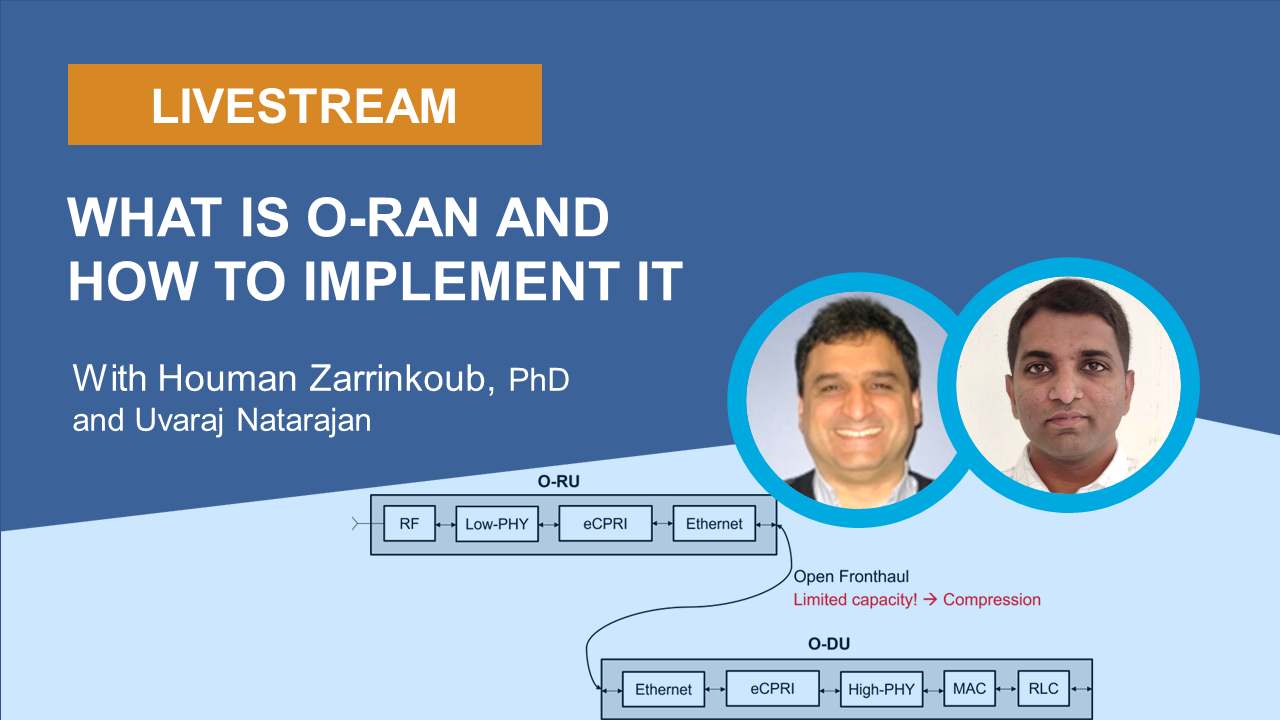