Alex Zucca on 23 Nov 2018
⋮
Commented: Alex Zucca on 28 Nov 2018
I'm recording data from three different phones, one from iPhone (blue line) and the other two from Android devices. The phones are fixed on a board and the board is being being hit a few times to check the synchronization. While I don't expect that the events (board hit) are recorded at the same time (different internal times of the phones) I do expect that the interval between the events should be the same. However, while the events recorded by the Android devices show the same consistent delay, the same does not happen for the iPhone. It looks like the delay is increasing with time, as can be seen from the attached plot.
Does anybody have an idea why?
Thanks in advance. 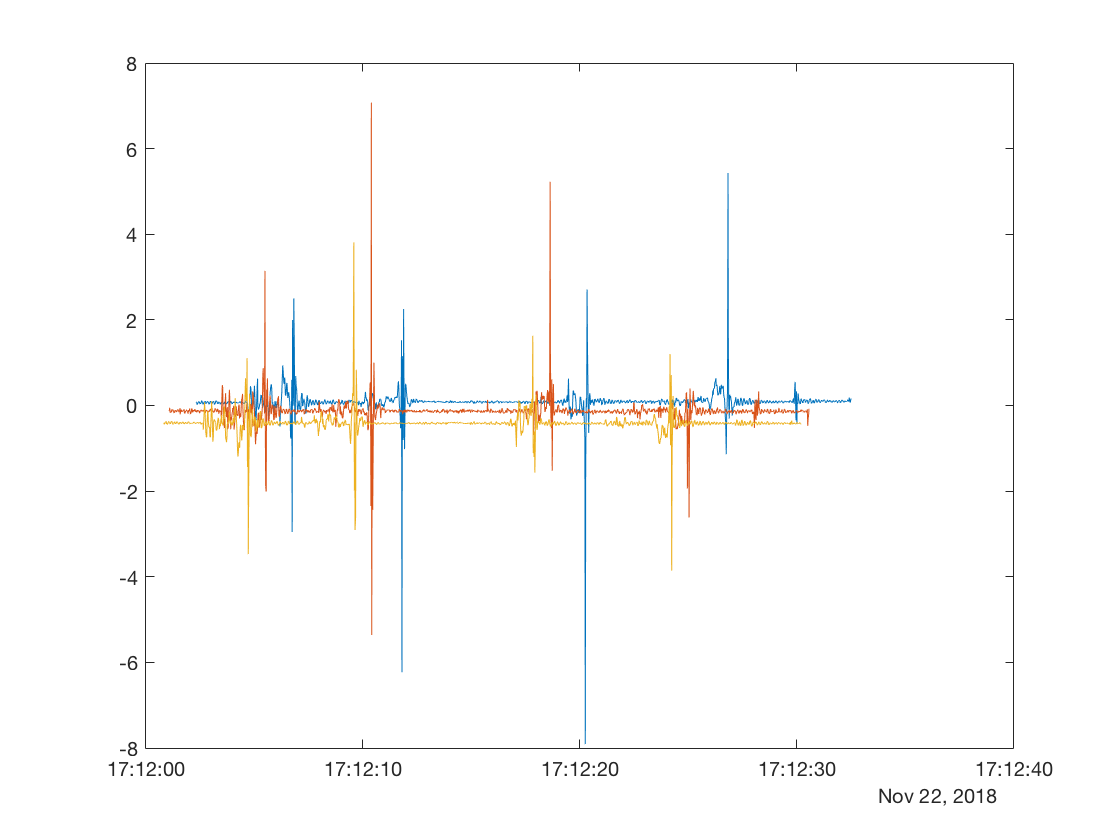 Hitesh Kumar Dasika on 27 Nov 2018
⋮
Is the delay from the iphone consistently increasing or is it something that happens only for two reads? (As shown in the above plot). Also the data that is being collected here, is it from the accelerometers of the phones?

⋮
Yes, the delay in the iphone data is constantly increasing and also yes, the data is from the accelerometers. However, I found the same in the gyroscope data. I'm going to do a few more tests in the next few days and will post the results.
Regards,
Alex