Use Model-Based Design with MATLAB and Simulink to model algorithms, convert them to fixed-point, verify them via simulation, and generate synthesizable HDL code

“With Model-Based Design we can verify our algorithms and system functionality earlier, adapt to specification changes faster, and evaluate more design alternatives than with our traditional design flow. Model-Based Design helps bridge the gap between algorithm experts and RTL engineers.” 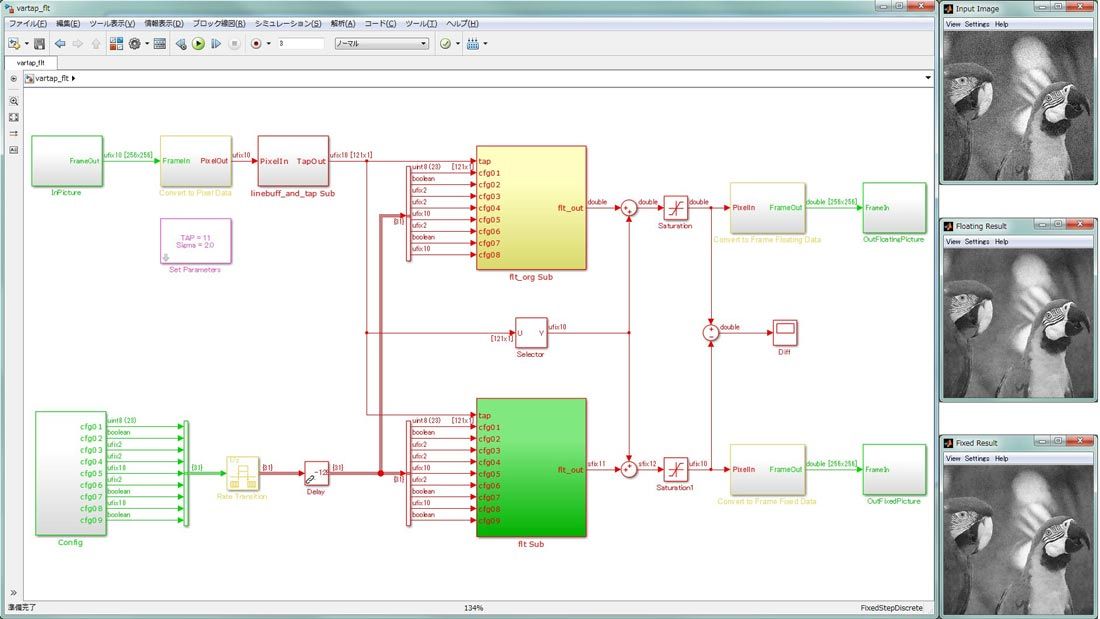 “Because the IP core we develop will be used in multiple products, it must be both high-quality and flexible,” says Mamoru Kamiya, senior design engineer at Renesas system Design Company. “Model-Based Design enabled us to achieve these goals by producing a real-time prototype in the early stages of development, systematically exploring design alternatives, and building confidence in our design via extensive simulation of test cases.”

In their previous workflow, Renesas engineers verified early versions of the image processing algorithms on still images. When those algorithms were implemented in HDL and tested on a video stream, the team identified problems with the algorithm that the still image tests had not revealed. Making the required changes at that late stage was difficult, and left no time in the schedule for implementing and testing the updates.

Renesas engineers wrote a floating-point version of their algorithm in C. To convert the floating-point code to fixed point, Renesas relied on a few experienced engineers who understood the algorithms and were familiar with register transfer level (RTL) hardware design. Reliance on a small number of engineers for time-consuming yet vital tasks caused project bottlenecks. HDL code was written by hand based on the fixed-point C code, causing additional delay.

Renesas needed a development approach that would enable them to complete real-time verification of their algorithms early in development. They also sought to minimize bottlenecks associated with converting from floating point to fixed point and with writing HDL code.

After comparing simulation results from the fixed-point and floating-point versions, the team used HDL Coder™ to generate synthesizable HDL code from their optimized Simulink model.

Using HDL Coder and HDL Verifier™, the team generated a test bench, which they used to verify the HDL via cosimulation with Simulink and Cadence® Incisive®.

They optimized the design for speed and area to meet the specification using a MATLAB script. This script generates multiple versions of the code using a range of HDL Coder resource sharing factors and pipelining options and synthesizes each version of the code with Synopsys® Design Compiler. The team then compared the synthesis results to identify the optimal design.

They deployed the synthesized code to a Stratix® FPGA from Altera (now part of Intel) for prototype testing, and then synthesized the IP core for ASICs with HDL code that was generated from the same Simulink model.